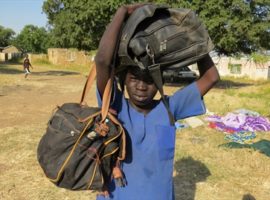 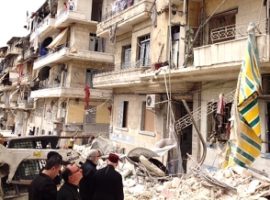 Christianity is fast disappearing from entire regions, most notably a huge chunk of the Middle East, and could vanish from Iraq within five years, according to a new report by Catholic charity Aid to the Church in Need. Released in the UK’s House of Lords on Tuesday, the report, “Persecuted and . . . Read More
October 7, 2015 International Iraq, Israel, Jews, Middle East, Sunni, Syria, USA, Yemen
Why is the West, with its “overwhelming” majority of Christians, showing reluctance to offer a home to Christians fleeing the Middle East, asks Elliott Abrams, writing in The Weekly Standard. The former foreign policy advisor to President George W. Bush compares the reluctance with Israel’s willingness to accept Jews persecuted . . . Read More
July 28, 2015 International China, Egypt, Israel, Pakistan
The UK-based Guardian has of Christians living under pressure in Egypt, Pakistan, China and Israel, respectively. Their individual stories should not seem surprising to any regular reader of World Watch Monitor, but taken together they add to the narrative of rising levels of antagonism toward Christians because of their faith. . . . Read More
July 1, 2015 Israel Islamic extremism, Islamic State, Israel, Jerusalem, Palestinian Territories, Ramadan
A new Islamist threat to Christians has emerged in Jerusalem, according to Middle East Concern. On 25 June leaflets were distributed in East Jerusalem by a group calling itself Islamic State in Palestine. The leaflets bore the black flag of ISIS and carried a message warning Christians to leave Jerusalem . . . Read More
June 19, 2015 Palestinian Territories Bethlehem, Israel, Palestinian Territories, West Bank
A Palestinian Christian family living in Israel’s West Bank and surrounded by Israeli settlements is battling to hold on to land they have owned for 98 years. Daher Nassar owns apple orchards that have been bulldozed under the protection of Israeli soldiers. When he asked them why, he was told by . . . Read More
June 18, 2015 Israel Israel, Jerusalem, Jews
The church built in northern Israel, overlooking the Sea of Galilee – to commemorate Christ’s feeding of a multitude out of five loaves and two fish – has been the scene of a suspected arson attack. Two people suffered minor smoke inhalation; the fire was mainly on the roof. Parts . . . Read More
October 13, 2014 Israel Israel, Middle East
“The plight of Christian communities in the Middle East” will be the focus of the six-day Feast of Tabernacles in . Sponsored by the International Christian Embassy Jerusalem, the event is meant to be an occasion to “rejoice in the power of God, remember His past provisions, and celebrate His . . . Read More
September 25, 2014 International Al-Qaeda, Bartella, Dohuk, Erbil, Hizb ut-Tahrir, Iraq, Islamic extremism, Islamic State, Israel, Jizya, Jordan, Kurds, Lebanon, Muslim Brotherhood, Qaraqosh, Quran, Salafism, Sharia, Sunni, Syria 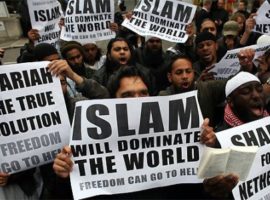 While Islamic State is wreaking havoc in Iraq and Syria, its ambitions do not stop there. Moreover, several world leaders are saying it is one of the biggest threats they are facing. But exactly how does Islamic State fit into the global picture of Christians under pressure for their faith . . . Read More
May 12, 2014 Israel Arabs, Catholics, Israel, Jerusalem, Jews, Palestinian Territories
Jerusalem’s Roman Catholic Church has expressed alarm over threats to Christians scrawled by suspected Jewish extremists on church property in the Holy Land. In an incident, known as ‘price-tagging’, “Death to Arabs and Christians and all those who hate Israel” was written in Hebrew on an outer column of the . . . Read More