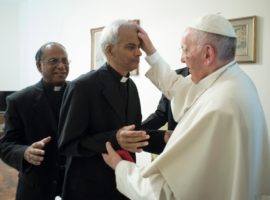 The Indian priest who was held hostage for 18 months in Yemen says his experiences taught him about “the power of prayer”. Fr. Tom Uzhunnalil, who was abducted in March 2016 and freed in September 2017, told Catholic news agency ACI Prensa his ability to persevere during his captivity was . . . Read More
September 20, 2018 Niger Kidnapping, Mahamadou Issoufou, Missionaries, Niamey, Niger, Pier Luigi Maccalli In Niger, the abduction of an Italian priest in the southwest of the country has left the communities he served for 11 years in shock and sorrow. Fr. Pier Luigi Maccalli, 57, was kidnapped by unknown armed men on Monday night in his parish of Bamoanga, about 125km from the . . . Read More
August 29, 2018 Nigeria Boko Haram, Children, Dapchi, Kidnapping, Leah Sharibu, Nigeria, Women Leah Sharibu, the Christian teenager abducted by an Islamist group in February, has asked Nigeria’s president to intervene and help facilitate her release. In a 35-second audio recording, obtained by Ahmad Salkida for Nigerian newspaper The Cable, she asks for help for her family and herself. “I also plead to . . . Read More
August 28, 2018 Pakistan Bonded labourers, Kidnapping, Pakistan, Sheikhupura, Women 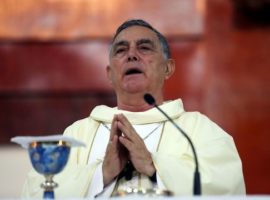 A bishop in the Mexican state of Guerrero, notorious for its narcotics production and drug traffickers, has developed his own way of dealing with cartels – by negotiating, La Croix reports. Local communities frequently suffer because of the conflicts between rival gangs. In 2017, there were seven murders per day . . . Read More
June 29, 2018 Niger Abalak, Jeff Woodke, Kidnapping, Mahamadou Issoufou, Niger, Sahel

The wife of an American missionary abducted 20 months ago in Africa’s Sahel region has put out a new video pleading for his safe return. In the 4’10’’ footage released on Tuesday (26 June), in French, Els Woodke reiterated her despair and desire to be in touch with her husband’s . . . Read More
June 29, 2018 Syria Aleppo, Boulos Yazigi, Greek Orthodox, Kidnapping, Middle East, Pope Francis, Syria, Yohanna Ibrahim 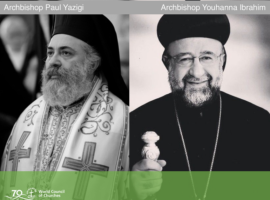 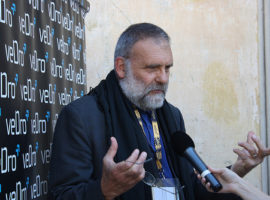 A report about violence against Syrian church leaders during the ongoing civil war shows that clerics have been beaten, abducted – five are still missing – and killed, and that 2013 was the worst year. In ‘The Good Shepherd: A Report on Brutality against Christian Clerics in Syria March 25, . . . Read More