As the US Secretary of State meets his Iranian counterpart in a bid to revive stalled talks over Iran’s nuclear programme, human rights experts are keen that issues of freedom of religion are not overlooked. This week, the UK Foreign Office has said that it’s raised its concern with the . . . Read More
August 15, 2014 China China, Gao Zhisheng, Heilongjiang, Human rights, Xinjiang, Zhang Kai 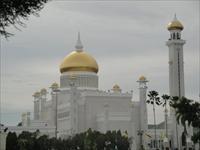 The Sultan of Brunei has announced a controversial new law based on Islamic criminal punishments criticised by UN human rights officials and other human rights groups. “I place my faith in and am grateful to God the Almighty to announce that Thursday May 1, 2014, will see the enforcement of . . . Read More
April 4, 2014 Central African Republic African Union, Anti-balaka, Catherine Samba-Panza, Human rights, Islamic extremism, Seleka 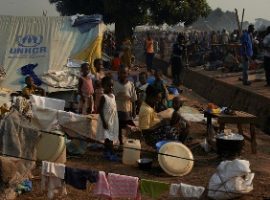 The UN Secretary-General Ban Ki Moon says that immediate action is needed to stop the killing in the Central African Republic (CAR), citing “grave and deplorable atrocities”, and “to prevent the further separation of communities that have lived together for centuries”. Its Human Rights chief said that, on a recent . . . Read More
March 27, 2014 Armenian Genocide, Armenians, Human rights, Islamic extremism, Syria, Turkey An Armenian* Syrian pastor, whose family is from Kessab, close to Syria’s northern border with Turkey, has reported that they have fled the village after Syrian rebel jihadists took control of the area. The fighting in the predominantly Armenian Christian town started Friday March 21st. World Watch Monitor has seen . . . Read More
February 24, 2014 Ethiopia, Human rights, London, Sinai, Women
Three Ethiopian women kidnapped and sold into slavery in the Sinai desert have used photography to portray their ordeals. Zenebech Zeleke, a Christian, said: “There are many ways to tell my story to other people, to tell about these types of journeys, and if we can do it using photography, . . . Read More
December 10, 2013 Eritrea Europe, Human rights, Kidnapping, Mussie Zerai A report presented to the European Parliament shows that around 30,000 Eritreans have been kidnapped since 2007 and taken to the Sinai while ransom payments are demanded. The report, conducted by an Eritrean human rights activist and professors from a Dutch University, says that a total of around $600 million . . . Read More