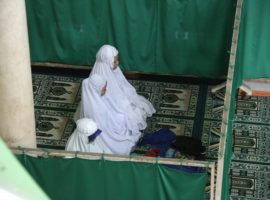 Terrorism in Indonesia is now carried out by “entire families, including mothers and children”, one local police chief noted, three weeks on from the suicide blasts on three churches and a police station that claimed 27 lives, including 13 attackers. In raids following the series of bomb attacks, Jakarta security . . . Read More
May 10, 2018 Indonesia Banten, Blasphemy, Indonesia, Muhammadiyah, Proselytism, Protestants, Quran, Religious freedom, Tangerang 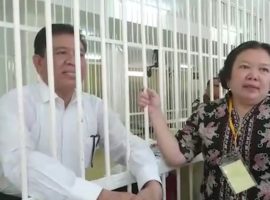 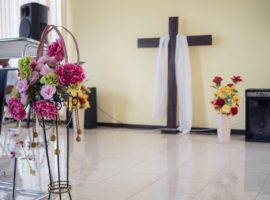 An Indonesian church leader has been charged with blasphemy – the first case of its kind in the country – and could face five years in prison. Rev. Abraham Ben Moses, 52, was arrested and detained last week in his home town of Tangerang, Java, 25 km west of the capital, . . . Read More
November 23, 2017 Indonesia Ahok, Blasphemy, Indonesia, Islamic extremism, Java, Muhammadiyah 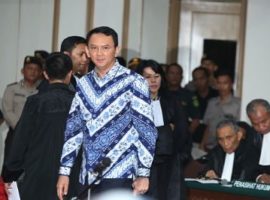 A key figure behind the jailing of the Christian former Governor of Jakarta for blasphemy has been sentenced to one and a half years in jail for hate speech. However, a West Java court ruled on Tuesday (14 November) that the defendant, Buni Yani, should not be detained immediately. A . . . Read More
February 10, 2017 Indonesia Aceh, Bogor, GKI Yasmin, Indonesia, Jakarta, Java, Joko Widodo, Muhammadiyah, Nahdlatul Ulama, Sharia 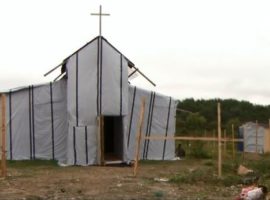 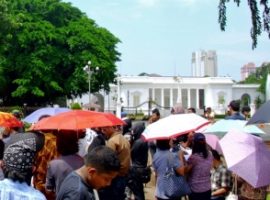 At the heart of the world’s most populous Muslim-majority nation, in the megacity of Jakarta, Indonesia, a church this Sunday will hold its 100th open-air Sunday morning service next to a main road – because a city mayor is afraid to insist that a Supreme Court order is carried out. . . . Read More
May 23, 2012 Indonesia Bekasi, GKI Yasmin, Indonesia, Java, Muhammadiyah, Nahdlatul Ulama 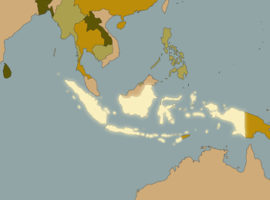 No arrests have been made since 600 Islamists hurled bags filled with urine and ditchwater at about 100 members of a church last week and threatened to kill its pastor. Police looked on as the mob attacked the Philadelphia Batak Christian Protestant Church worshipping on the street in Bekasi, near . . . Read More