Adrienne* survived a brutal sexual attack during a conflict with ex-Seleka militants in Central African Republic (CAR), only to be ostracised from her own community. Adrienne was alone in her greatest time of need, and the baby born to her nine months later bears the same vulnerabilities, and a label: a . . . Read More
June 8, 2018 Burkina Faso Al-Qaeda in the Islamic Maghreb, Assemblies of God, Burkina Faso, Children, Djibo, Education, Fulani herdsmen, Islamic extremism, Ken Elliott, Kidnapping, Ouagadougou, Sahel, Soum, Tuareg 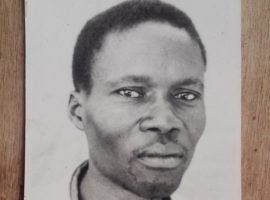 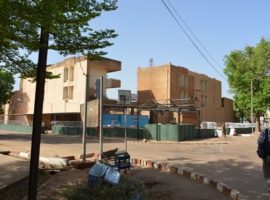 A Christian pastor and three members of his family have been kidnapped in Burkina Faso’s north-eastern province of Soum, two weeks after the kidnapping of another Christian leader and his wife. Pierre Boena, a pastor with an Assembly of God church, was kidnapped during the evening of Sunday 3 June . . . Read More
June 1, 2018 Kazakhstan Children, Human rights, Kazakhstan, Protestants, Religion Law, Religious freedom, Russian Orthodox Church Kazakhstan’s Parliament has approved a set of wide-ranging amendments to the country’s Religion Law, refusing calls from civil society groups for a legal review by an independent body. The new set of restrictions, which are expected to further infringe upon religious freedom and have been criticised for violating international human . . . Read More
May 31, 2018 India Bangalore, BJP, Children, Education, Hindu nationalism, India, Jaipur, Rajasthan, RSS Violence attributed to militant Fulani herdsmen in Nigeria has reached a record high this year. The Governor of the central state of Benue said this week that 492 people have been killed in his state alone so far this year. Governor Samuel Ortom was speaking 22 May at the mass . . . Read More
May 17, 2018 Syria Children, Churches, Damascus, Greek Orthodox, Homs, IDPs, Refugees, Syria, Women, Youth As the war in Syria enters its eighth year, clergy who have watched their congregations dwindle fear that those who have left the country may not return. One priest expressed his fear that “Christianity will be erased” from certain areas of the country “because the Christians who left these places . . . Read More
May 9, 2018 China Anyang, Catholics, Children, China, Churches, Communism, Education, Henan, House churches, Protestants, Xi Jinping, Zhengzhou Pressure on Christians is increasing in China’s central Henan province, according to Catholic news service UCAN. Suppressive measures on both Catholic and Protestant churches have been directed by the central government in Beijing and have intensified in recent weeks, according to UCAN, which reported that churches had been “demolished and . . . Read More